SKAMBOMAMBO at Katie Fitzgerald's in Stourbridge. It was a pity that this lovely pub with it's Irish character and creamy ales did not pull a large crowd, maybe due to the fact that it was midweek 18.04.2012,  but it was fun and a great show given by MR SHANKLY and SKAMBOMAMBO. 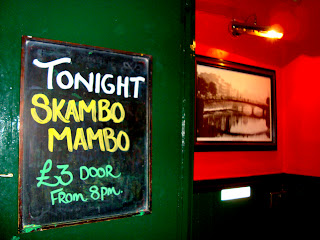 SKAMBOMAMBO returned to Halesowen, the Olde Queen's Head 19.04.2012. Much love to the family that has adopted the band, especially to Dave 'Tatty' Jones and Mandy. The support band was LOBSTER, a ska punk band from Birmingham. A must see live. 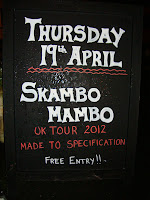 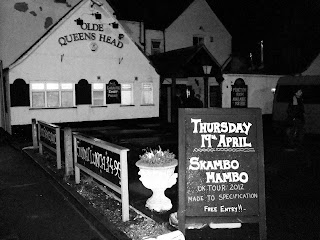 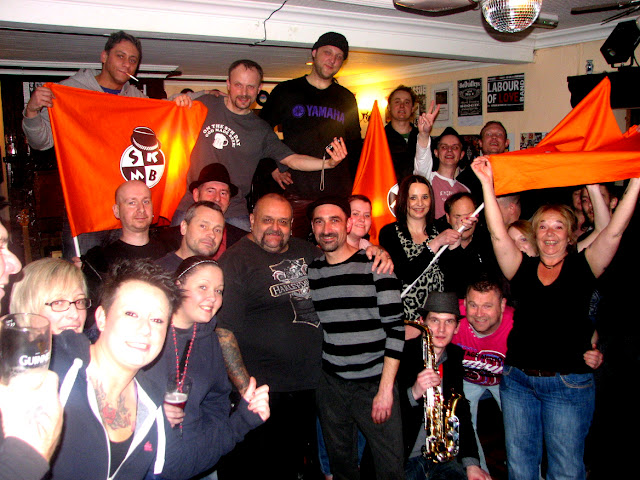 SKAMBOMAMBO performed in Coventry for the first time at the Indiana Centre 20.04.2012. 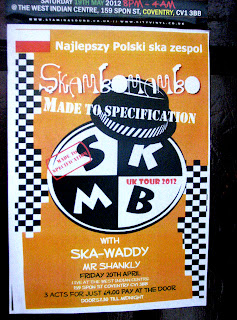 The bands on the night included MR SHANKLY and SKA WADDY. The event was organised by SKA WADDY, a big thank you to Mark Ryder and Co, who joined the bands to play along live on stage. 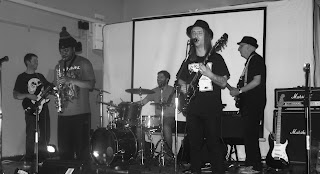 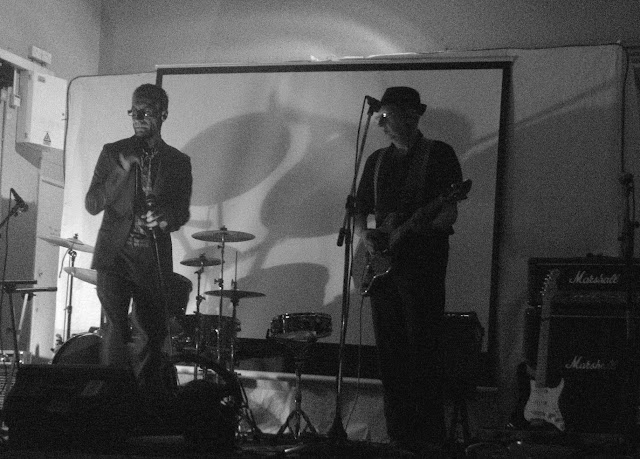 Posted by skambomambo at 15:31 No comments: 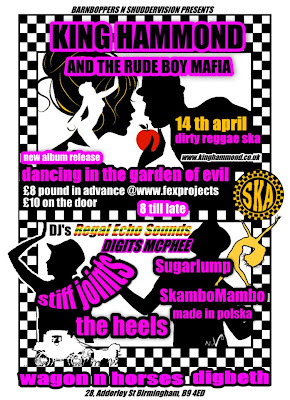 April 14th 2012: SKAMBOMAMBO return to Digibeth Birmingham.  Dancing in the garden of Evil was a great night held in the Wagon n Horses. The Midlands have become SKAMBOMAMBO's  home in the UK with venues like the Wagon n Horses inviting the SKA Made in POL-Ska for the second time. It was great to team up with the Stiff Joints again. The Heels came on next. SKAMBOMAMBO were given the honour to stage the last act although the official star of the night was  the grammy award winning King Hammond and the Rude Boy Mafia. A great night out for all those who attended and danced all night long in the Garden of Evil. 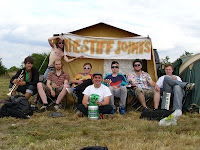 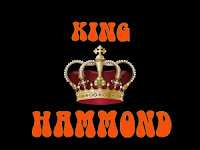 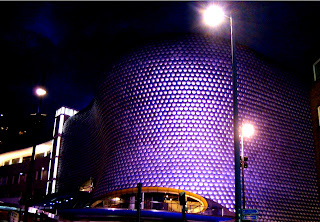 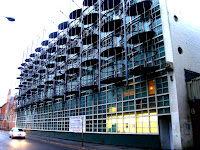 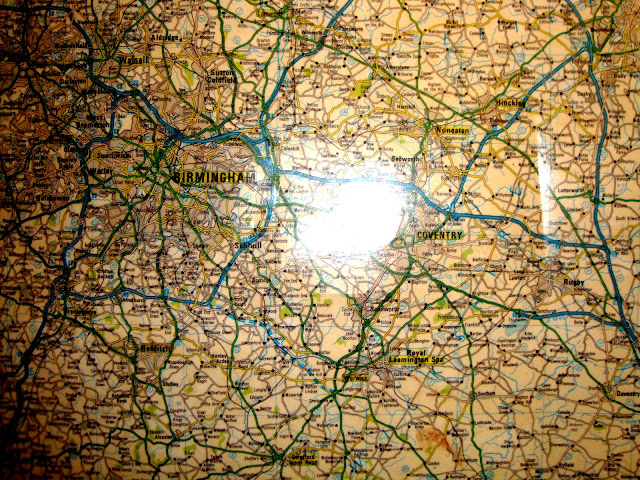 Posted by skambomambo at 14:16 No comments: 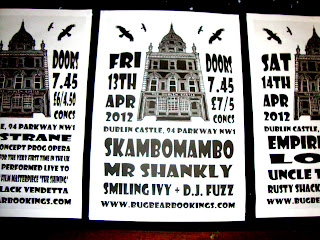 Friday the 13th - April 2012. SKAMBOMAMBO returned to the UK. The Dublin Castle in Camden London kick started SKAMBOMAMBO's second invasion of the UK, this time as part of the Made to Specification Tour. A larger and a livelier London crowd than then one that attended last year filled the club, which goes to show that SKAMBOMAMBO is creating a little buzz in UK's capital city. It was quite a feat and an honour for SKAMBOMAMBO to play in one of Amy Winehouse's favourite venues, Madness, the Specials, The Clash, Sex Pistols and a staggering and awesome list of fame. London based SMILING IVY, a reggae - ska set-up were the opening act, followed by loyal friends MR SHANKLY who would accompany the Polish band on many other occasions and finally SKAMBOMAMBO. 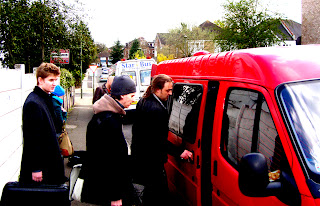 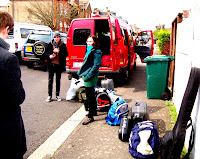 Some interesting stats - Szczecin is 1300km away from London. The band bought it's very own SKAMBOBus for the tour. 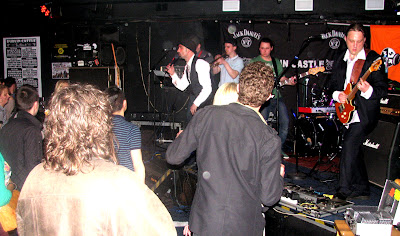 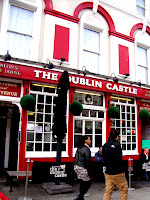 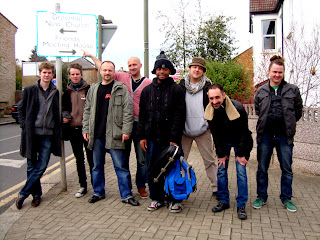 We would like to thank everybody at Dublin Castle. Lots of love to the guy who saved our life and was our host in London - Adee!!!!! Here's a photo of SKAMBOMAMBO with Adee and Pete from Mr Shankly. Respect!


And finally our own pics of Camden Market. SKAMBOMAMBO will be back again and that is a promise. 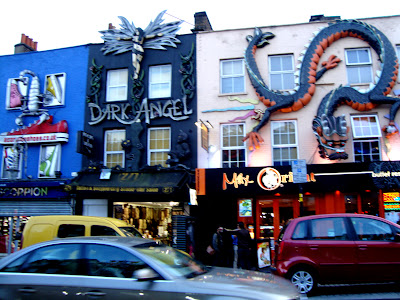 Posted by skambomambo at 21:00 No comments:

March 2012 was an exciting time for SKAMBOMAMBO with the new cd "Made to Specification," in the shops and for sale on-line following its launch on March 17th. The band added 6 new venues to its ever growing list of venues. These venues were in cities that SKAMBOMAMBO visited for the first time in Poland :  Wegorzyna -U Brody 21.03  , Poznan - Dubliner Pub 22.03, Gorzow- Fahrenheit 23.03, Slubice-Prowincja 24.03, Grodzisk WLKP - CDK Masarnia 30.03, Rzgow - Eden 31.03. 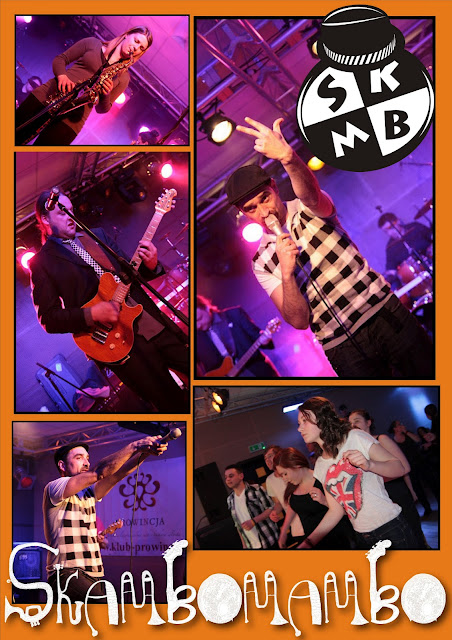 Posted by skambomambo at 19:04 No comments:

One Night in The Life Of SKAMBOMAMBO

The "Made To Specification" Album Launch was a grand affair followed by an extensive gig programme that started in Poland and made it's way up to the UK. The SKAMBOlimo carried the band all over Szczecin the Band's hometown, from the official press conference to EMPIK Music Stores Launch, to Brama Jazz Cafe for a toast, to Free Blues Club for a full performance and then to other clubs for minor performances including Longplay Club, Cafe Jerzy and Rocker club, with an after party at City Hall and all of this in one afternoon on the 17th of March. The whole event was broadcast on the web. (Online Streaming)

Credits go to the hostesses, the girls with the flag led by Ola, to K.Syrek for logistical management, to Michal for online streaming, Luxus Car Szczecin for the SKAMBOlimo, Gosia and Lonia for video material, Kinga for photos, Marzena from Empik, Dorota for the flags, Jimmy Jazz Records label, Szczecin Floating Garden project,  and many, many more. 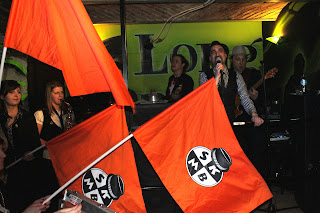 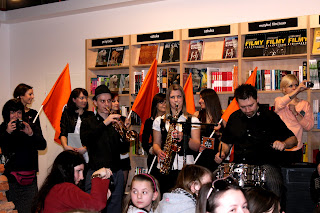 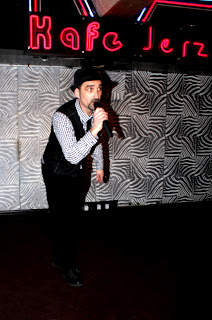 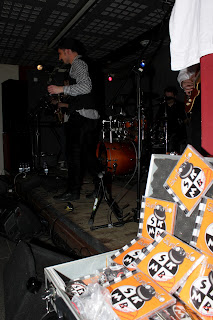 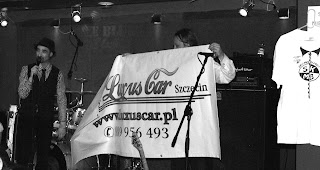 Posted by skambomambo at 22:29 No comments: