Without You - Skambomambo's New Video Out on You Tube

Skambomambo's Latest Video promoting the long awaited album "Made to Specification", soon to be premiered this Autumn. "Without You", bears a political message claiming that we can "do without" terrorists, political leaders, gmos, war, pollution etc.
Artist : Skambomambo
Lyrics : Don Mario
Video: SkambomamboMob.
Posted by skambomambo at 13:26 No comments:

Email ThisBlogThis!Share to TwitterShare to FacebookShare to Pinterest
Labels: Made In PolSKA, Made to Specification, Malta, Mario Cordina, Poland, pollution, punk, Ska, Skambomambmob, skambomambo, Szczecin, terrorists, war, without you

Skambomambo To Launch a New Video

Skambomambo
New Video
Without You
To be Launched soon !!!!!!!!!
For the time being the SkambomamboMob has released the Making of the Video with a lecture by Don Mario Himself. The band has tried animated videos before. This one explains how it is done.
Don Mario explains that he wanted a home made video where he can express some of his thoughts about certain issues. "Yes it is political and human. A collection of slogans I support and certain beliefs I am strong about. Skambomambo is not a band for making serious statement lyrics, nor videos. This one however is," Don Mario adds. The message is a strong one. Who are the terrorists? Al Qaeda, governments who send their military to war? Mr Obama, Mr Puttin, Mrs Merkel etc all appear on a no terrorists sign next to a Taliban cartoon and Gaddafi amongst others. Peacekeepers use bullets. War is not an answer. No Infidel, No Jew, No Muslim, No Christian, No Catholic - Just Mankind.  No Gmos, Stop Pollution, No Censorship, No Sexism and the list goes on. This is what Skambomambo stands for. 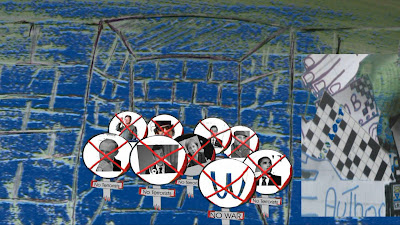 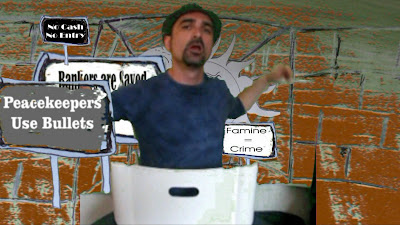 Democracy is not a spectator sport. Meaning that we all are responsible for democratic tolerance and understanding. Politics is a dirty game, but we also have our personal, private politics. Who we like, who we respect, who we don't accept. Charity begins at home. Democracy too.

Religion is the most fascinating aspect of a person's life but it should not be used to seperate people. There is no Jew, nor Catholic, nor Muslim in this world. We're all one of the large colourful species called Mankind.

We are all sexist. This is due to the simple reason that we are born male or female. Sexism is a term used when there is sexual discrimination or abuse. Bullies of any kind or those who take advantage of naive or unwilling people enter our hate list.

This is my belief, the fact that history runs full circle and we're on the way back to Feudalism. A time when aristocrats ruled the land and serfs worked just to live on that land. They had no rights whatsoever. They had no possibility to move, to travel, to educate themselves simply because they could not afford it. The industrial revolution was about freedom of movement, the American Dream of making it to the top. Now trade unions have little strength in the face of conglomerates, even governments have little power over multinational companies and banks who do much as they please. We, normal everyday people are enslaved by the lack of funds, rising prices and workers' rights. If the company you work for decides to relocate or restructure, what are your options? Will you move with the company like a serf changed hands in Feudal times? If your earnings do not cover your mortgage will you not work overtime, get a second job, work 24/7? If you are not insured will they cure you in hospital? If taxes rise and prices in the shops keep going up, will you be able to afford a new car, a holiday abroad? Will you be able to feed a family? I am not a Utopian and I know that some are more equal than others, but what about the right to work, to live and make a living?

Access denied means this information is being blocked. Blocking any sort of information is a crime. Try telling the police that you are denying them access when they want to search a certain location. So why can some institutions block access. I have the Vatican in mind with it's vast library of books, Russian Government Files, CIA, FBI - and who knows how much information is kept away from the eyes of many. 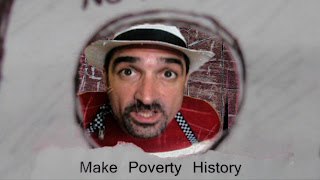 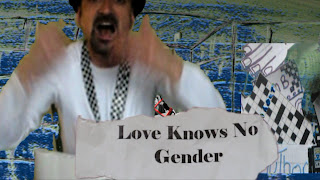 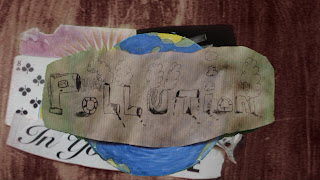 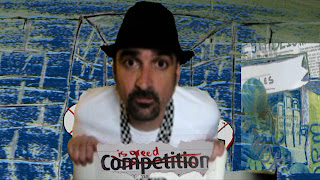